What I'm not doing: teaching, looking at a clock, thinking about professional anything, worrying about my to-do list, keeping a to-do list.

What I'm doing: eating, walking all over the damn land, viewing spectacular limestone massifs and considering which one to scale, eating, going for lovely runs in the mornings (a new and pleasant sensation: seeing my surroundings while running), and eating.

See you on the flipside, yo.

Posted by Renaissance Girl at 1:30 AM 5 comments:

So I seem to have been awarded an honor. A fellowship, technically. No, not that one, the one whose very nickname might calm down my self-doubt for more than a week. Still, it is an instant-name-recognition fellowship, whose recognition cuts across disciplines. I say "seem to" because the fellows need to be officially ratified by the trustees of the institution of patronage before it's all officially official. I will, I think, refer to this honor henceforth as the Sidney/Essex Circle Support, because there's a beneficent family philanthropy thing in play, and because it acronymizes to SECS, and suggests thereby some pleasure.

When I first heard, I was totally shocked. Stunned. Never thought I had a shot, but as I've said before, you can't hit the target if you don't throw the dart. So I threw the dart.

But that initial exhilaration has given way, in the days since, to a more settled kind of acceptance. I'm pleased, certainly, to have my work supported, and even more pleased to know that the stuff I do in the hermetic solitude of my own intense mind actually resonates beyond my head. That's cool. But it's also, at some level, just good luck that the panel that reviewed my work looked favorably upon it. It could have been a different bunch of people, readers with a different set of aesthetics. It doesn't mean I'm a different person, or a better person, or a better writer, or a more deserving writer, than I was before it landed on me. Sometimes you hit a target.

A couple of weeks ago, I was buried in grading, exhausted by housework, by that unending damn pattern of laundry, of washing the dirty dishes and shelving the clean ones, spending way more time than I should putting this stupid conference together. Not enough time to shovel snow off the whole driveway so I do two parallel wheel-trails from street to garage. Need to get some boots resoled but haven't made it to the cobbler. Getting no scholarly writing done, but circling around a new project, an article I hope to write this summer if I can get out from under this term; squeezing out a line or two of poetry a week while I'm running, as usual. Now, having gotten me some SECS, my life looks.... well, pretty much the same. And will be for the foreseeable future, because this is the life that I've chosen: the teaching, the momming, the researching, the writing. It's just what I do, and what I hope to continue doing until I can't stand up anymore, and beyond.

I'm glad that the heady initial rush of surprise has given way to perspective. Work goes on. The work goes on, whether it gets accompanied by a fanfare or proceeds in silence. And I'm glad that I'll have been living happily with that knowledge for some weeks by the time it becomes official and there are receptions to attend and various folks wanting to discuss it with me as if it were hype worth believing.

Speaking of the Sidney/Essex Circle, next week I'll stop in at one of the patronage family's modest little bungalows, maybe run my fingers over the garden waterwall, because Imma be heading with Neruda to see La Boheme at La Fenice. Then north to do high-altitude things around here: 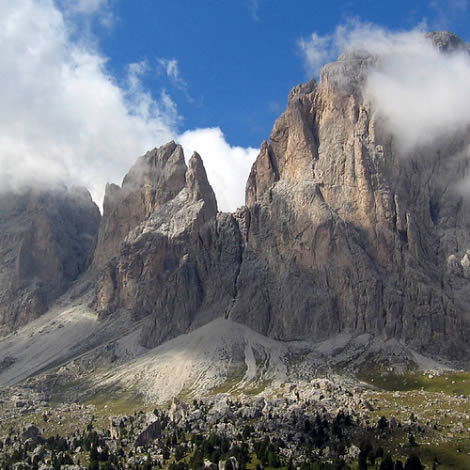 Then, after I do a lecture thingy at Neruda's Compound of Exiles, we'll head south to hang out around here:

Now that's worth getting excited about!