What I did on my summer vacation, part two. 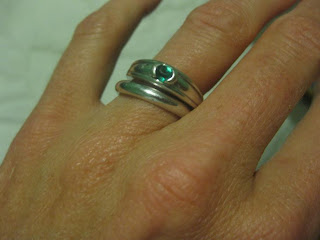 The direst sign that summer is actually at an end.

The dapper ditties, that I wont devise,
To feede youthes fancie, and the flocking fry,
Delighten much: what I the bett for thy?

But if that any aske thy name,
Say thou wert base begot with blame :
For thy thereof thou takest shame.

No? Crap. It scans really well.

Throw in the towel, embrace that I am a crap scholar with no staying power and a fundamental inability to frame, in introductory fashion, the various threads of my arguments, and write poems about pretty flowers for the rest of my life.

I actually had a pretty good day, productivity-wise. If I can pull another couple of those before school, I may have enough Mo (as in -mentum) to push me through the year on this chapter.

The output today: four pages on antenicene theology--just for you, Moria. I realized that I really do have to lay the historical groundwork for the argument I'm going to make, even if I depart from prior critical approaches to the issue. So that means: repeat some stuff that other scholars have said. But I'm also adding some other cool stuff (most of the antenicene material, frinstance) and making sure that the material that DOES retread is colored by the present project's concerns rather than just offering a "here's how this little corner of theology evolved in the Reformation" summary.

So. I guess the flower poems will have to wait a year or two.

(Actually, I am also working on a flower poem. But it's not so much pretty as creepy and pornographic and grotesque and, you know, secretly about representation. 'Cause that's how I roll.)
Posted by Renaissance Girl at 12:20 PM 10 comments:

Are you keeping track? Or is it just me?

Summer productivity so far, by the numbers:

20: pages of marginally coherent thinking on paper about my introduction chapter.

3: paragraphs of that introduction chapter written.

5: days this summer I've actually had to devote to writing said chapter.

1: number of those poems that's worth reading.

2: courses to teach this fall.